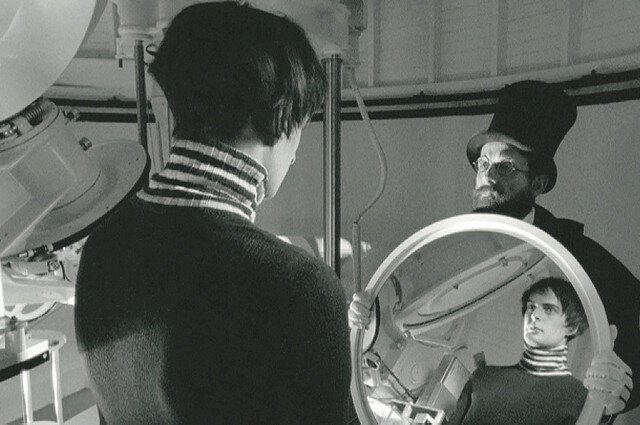 I am huddled in a group, sitting on the polished wood floor of the house that belonged to Sigmund Freud, the founding father of psychoanalysis. Freud's couch, one of the most famous pieces of furniture in the world, is in the adjacent room. As is his collection of antiquities from Greece, Rome, Egypt and the Orient: he used the objects in his clinical work to make the point that archaeology can operate as a metaphor for exploring the psyche.

We are waiting for the premiere of Latifa Laâbissi’s dance piece Écran Somnambule, a reinterpretation of Mary Wigman’s expressive Witch Dance originally performed in the early 20th Century. The audience is fidgeting, not just because it’s cramped, but because this event is part of , run by the Mental Health Foundation to explore the condition: how it affects our lives, how it can act as a creative force, and why it has become such a prominent issue.

Anxiety Arts Festival 2014  “It is always interesting see how the arts respond to social and political environments, and never more so than with this issue of anxiety.” Barbara Rodriguez Muñoz, visual arts curator of the programme, explains. “Art is particularly well placed to do this, because it is not didactic,” she says. “It can bring an experiential way of understanding something that operates in a different way to telling or lecturing people about it.”

The two dances by Wigman and Laâbissi have both been performed at historical moments which have seen a flurry of interest in psychology and mental health. Wigman was a German dancer and choreographer, a pioneer of expressionist dance. Only a short film clip survives from one of her performances, it flickers for one minute and forty seconds. Wigman is seated, wearing a mask. Suddenly, she bursts into a series of energetic movements that she described as “a rhythmic intoxication.” Ninety years on from this performance, Latifa Laâbissi has slowed down these movements to a dramatic 31 minutes. Laâbissi writhes around, creeping towards us with bent elbows and knees. It is unnerving and many of us discreetly edge away.

The turn of the 20th Century saw the emergence of psychoanalysis, the development of industrial societies and the rapid growth of cities, all of which were followed by the horror of World War I. Artists became concerned with the idea of rupture, the contrast between the old and the modern world and the problems of the machine age. Disillusion with reason was accompanied by an interest in the instinctive and the irrational. The writer Virginia Woolf observed that, “for the moderns”, the interest lies “in the dark places of psychology.”

But when Sigmund Freud was working and when Mary Wigman performed Witch Dance, anxiety did not exist as a medical problem. Today, it is the most common form of officially classified mental illness. And over the past 20 years, the number of recorded mental disorders has proliferated. “We have seen a massive increase in concern about our mental health in recent times” says Errol Francis, an artist who is the festival’s director. He speculates that “the economic downturn and the rapid changes in technology may have had some effect.”

The festival’s film programme begins with The Lodger, a silent thriller about a serial killer directed by Alfred Hitchcock, released in 1927. It opens with a young blonde women screaming, a motif repeated in Hitchcock’s later films including Psycho, Vertigo and The Birds. The themes of suspicion, betrayal and frustrated sexuality, which the director would pursue throughout his career, are all present, as is the use of distorted camera angles and claustrophobic lighting which create the impression of disturbed psychological states.

Two later movies on the bill, Dr Strangelove, Or How I Learned to Stop Worrying and Love the Bomb, released in 1964, and Waltz with Bashir, released in 2008, show that anxiety can be a reaction to a very real threat and that film can help to explore these fears. Dr Strangelove, directed by Stanley Kubrick, is a satire about nuclear politics which mocks the president of the United States and the rhetoric of the Cold War. It broke attendance records when it was released in the US. By encouraging people to laugh at a serious situation, the film helped to release tension and paved the way for others to question government policies.

Todd Haynes’ Safe, released in 1995, deals with a more generalised anxiety, in which a character worries about a threat that has no confirmed cause. Julianne Moore stars as a wealthy housewife who becomes convinced that she is being poisoned by her environment. We never find out if this is the case; the film is effective at conveying anxiety in the abstract.

“Every age feels that it is the age of anxiety,” says the Irish psychiatrist Dr Patrick Bracken. He is among the critics who question the popular thesis that anxiety is on the rise. The Irish psychiatrist Dr Patrick Bracken is one of them. “It was a concern of the late 19th Century and what is known as fin de siècle culture. The Cold War period was also felt by many to be a time of anxiety.”

“One of the things that has happened in the past 100 years or so, is that we in the west have shifted away from being a society where emotional states such as low mood or fearfulness were experienced and responded to through a religious and spiritual idiom – for good and bad, to a much more secular and technocratic society,” he says.

At the same time as these social changes, Bracken explains, we have come to frame our problems in different ways. “We are in the midst of an explosion in the use of psychotropic medicines and psychotherapeutic interventions. We are awash with anti-depressant drugs and mental health professionals of all sorts. With a lot of people paid to attend to a problem, there will be a lot of discussion and media interest in that problem. A language of depression and anxiety is now available to people like never before and perhaps this means that more people come to understand their experiences in these terms.” He qualifies that therapy and medicine has an important role to play, but suggests there are limitations to their widespread use.

The questions Bracken raises about diagnosis and the institutional response to states of anxiety are also explored by performances in the festival. “Modern anxiety is associated with medical labels which can be restrictive. Society expects us to act in certain ways” Barbara Rodriguez Muñoz tells me.

Acting-out: The Institution Denied, is a performance by Czech artist Eva Kotátková, who explores the problems of rules and conformity. The work, about a patient and his psychiatrist, suggests that 'acting out' – the psychological term for anti-social behaviour that occurs when emotions are not mastered – can be an important form of resistance. And in The Assessment, the artist James Leadbitter takes the audience through the fraught process of getting a medical diagnosis: patients often feel that the causes of their symptoms are ignored and that they are blamed for their problems.

This is dark stuff – but it shows the enormous creative potential in exploring the problems of anxiety, the low points and the vicissitudes of life. Anxiety doesn’t always have to be destructive.